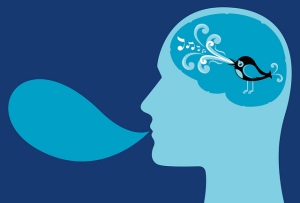 I was once a HUGE supporter of Twitter. I loved the immediacy, the brevity, and the ability to connect with so many different people who shared similar interests. I still use Twitter now for SynRG Marketing and I pushed a lot of clients to the platform to help with branding and with customer service. I had some who tried their hand at Twitter Advertising. But, now, I think Twitter is doomed and don’t see it surviving past 2018.

Twitter has quickly become the land of trolls. It’s easy to create multiple accounts and spend time trolling political posts or government officials or news agencies. The only thing keeping Twitter alive right now is President Trump. And, even his Twitter account is starting to see some dwindling returns.

Frankly, Twitter had a chance to eliminate the troll issue easily but decided not to. They can easily eliminate bots that anyone can purchase for $10 and get their messages spread virally by these fake accounts, but Twitter won’t.

From a branding standpoint, I don’t see the ROI of spending time on Twitter and using bots to spread a message when there are so few real people to see that message. Twitter isn’t seeing growth of new users like Facebook, Instagram and Snapchat.

You also have to take a look at how this free social media platform can make money. Its ad revenue is decreasing as fewer companies are using it to try and sell their products or services.

I believe it has to do with what I mentioned above. Who wants their company involved in a Twitter troll war?

Twitter does have its pros, though. I think for businesses who need to be dealing with customers 24/7, they should use Twitter as a customer service tool. The millenials and some of us Gen X’ers do like immediate gratification for our complaints and when we throw those at a company we feel has wronged us and get a response within an hour, we feel “heard” and give that company more of our attention.

I also think Twitter is a great way to get information out and take information in that could be beneficial for content creation. As an aggregator of information, you can find answers to almost anything on Twitter. You just need to be wary of the sources.

Each business is different. There is a lot of strategy that needs to be finalized if you are going to use Twitter for marketing campaigns. I can certainly help you wade through these murky waters.

If you are using it now, you should look at how much time is spent there and what is the return on that time investment.

This site uses Akismet to reduce spam. Learn how your comment data is processed.